8 Reasons Why Outsourcing To Ukraine Is The Perfect Choice 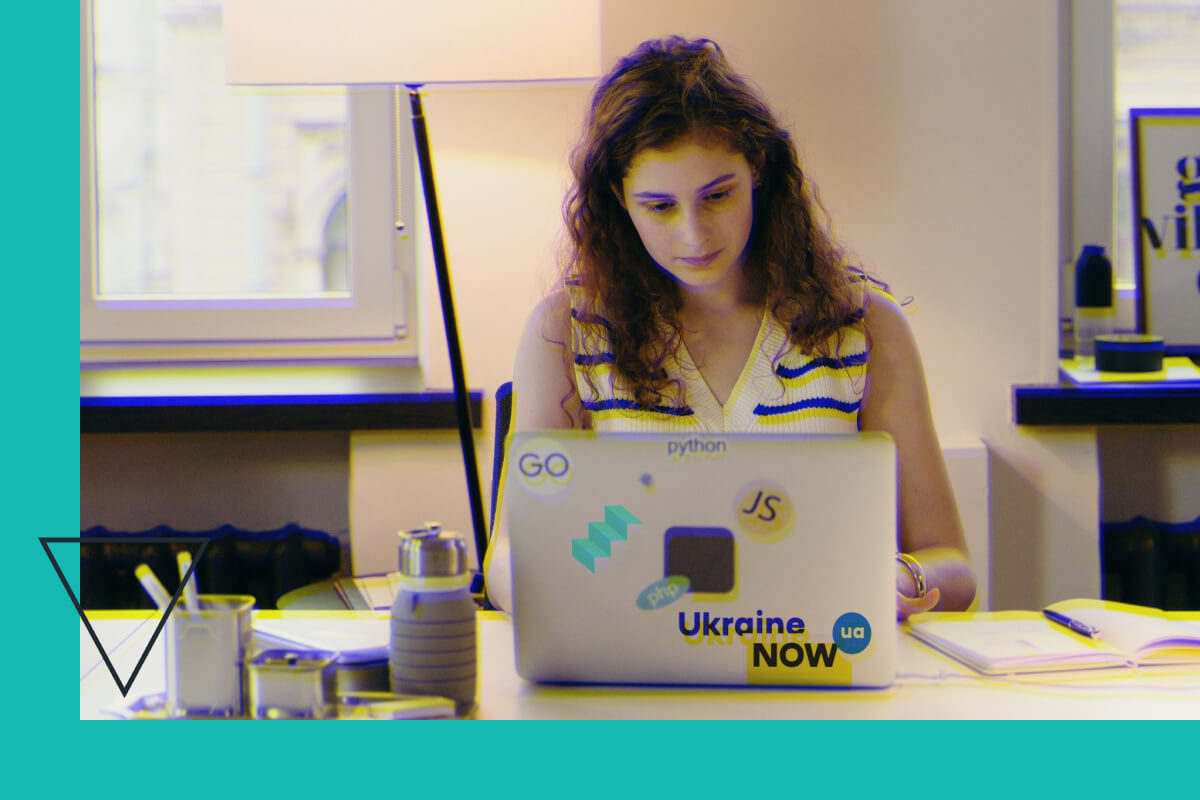 Ukraine's IT outsourcing industry is a hotbed of talents. The country's IT export charted a 20.4% growth in 2020, indicating a growing demand for Ukrainian technical expertise.

It explains why many well-known international companies have workforces in Ukraine, including Apple, Uber, and Snapchat. In addition, more than 100 of the Fortune 500 companies work with developers from Ukraine, including Amazon and Microsoft. Ukraine also has a growing startup scene. According to Pitchbook, 126 startups have raised venture capital funding since the beginning of 2021.

It’s just a small number of reasons why Ukraine is so attractive to collaborate. So if you're embarking on a new IT project and considering outsourcing to Ukraine, here are a few more reasons to do that.

The #1 reason why IT outsourcing to Ukraine is a winning choice is a great talent pool. Here are some statistics to prove that:

Size isn’t the only strength of Ukrainian IT developers. They are known to be well-versed in both popular and lesser-known programming languages. If you’re looking for expertise in Javascript, PHP, C#, Python, Go, or Ruby, you will find it amongst Ukrainian developers.

Ukraine’s position as one of the leading IT outsourcing destinations is strengthened by the presence of multinational R&D hubs. Global companies like Google, Microsoft, and Apple have set up their respective R&D centers in the country.

The importance of education is strongly imbued amongst Ukraine’s citizens. According to the latest World Population review, Ukraine has a high literacy rate of 99.7%.

Ukraine’s reputation as a leading CEE IT outsourcing marketplace lies in its robust education system. As of 2020, the country has 619 higher education institutions across the country with approximately 1.5 million students enrolled.

Speaking specifically about tech education in Ukraine, its quality is at a high level too. The recent release of EECA University Rankings, features 450 of the best universities in emerging Europe and Central Asia. It lists 41 higher education institutions from Ukraine, 3 of them are represented in the top 100. So by hiring developers from Ukraine, you can expect a top-notch level of IT expertise.

In 2015, Ukraine ranked in the top 10 for countries with the most engineering, manufacturing, and construction graduates in the World Economic Forum Human Capital Report.

When you’re outsourcing, you’re looking for the best combination of value and cost. It needs to be comparatively cheaper than hiring local developers in your country without compromising on quality.

Again, Ukraine shines by providing one of the most affordable rates in the region with top-quality developers. Ukrainian developers typically charge between $35- $55 per hour, a fraction of US developers' billing of $100 - $180.
Outsourcing your IT projects to Ukraine is still cheaper than hiring developers from Western European countries. UK developers, for example, bill between $60-$100 per hour while their German counterpart charges $55-$85.

Even amongst Central-Eastern European nations, Ukraine is known to have one of the lowest pay scales for its developers.

Some would argue that it is possible to get cheaper rates by outsourcing to certain Asian countries. However, most would agree that the works of Ukrainian software engineers are on par with US developers or Central-Eastern European developers.

Chances are, you’re residing in Western countries like the US, UK, Canada and Germany. You’re accustomed to the culture and norm of developers in your local areas. As such, you’ll find it comfortable working with Ukranian IT experts.

Unlike what most people thought, the Ukrainian tech industry isn’t as strict and rigid as it’s perceived. Through years of working closely with Europenina and American companies, we’ve evolved an open, flexible Western working culture.

Part of the reasons for the culture assimilation is that Ukraine has seen many Western entrepreneurs launch or expand their business in the country. That’s why local IT developers tend to adopt how Western businesses work.

So, you can expect less formality and more open communication when dealing with IT outsourcing companies in Ukraine.

I don’t want it to sound like I’m talking big about Ukrainians, but we’re very flexible to work with. We produce high-quality deliverables and follow deadlines. Drop us a line, meet our team, and you’ll feel it.

Besides cost and expertise, time zone and location are important aspects when outsourcing your IT projects. If the agency is situated half a planet away from your location, you’ll find it hard to make time for both parties to communicate.

Ukraine’s location is strategic to most Western countries. It’s 7-8 hours ahead of most regions in the US. While it may seem to be a problem, most of Uptech’s clients are from the US and all of them are satisfied with the work. We've been working effectively according to such a schedule for 5 years, so we know how to manage our time effectively, so that US clients can still get hold of Ukrainian developers within the working hour.

Western European clients are lagging 1-2 hours from Ukrainian time. The slight difference has very little impact when dealing with our software developers in Ukraine.

Ukraine Has a Dynamic IT Community

Once deeply shrouded in Eastern values, Ukraine’s exposure to Western cultures over the decade has enriched the culture of its IT community. You can expect Ukrainian developers to be friendly and humble but never hesitate in sharing their thoughts on cost and expectations.

Generally, you’ll find software companies in Ukraine helmed by the younger generations. When you outsource to Ukraine, you’re tapping into a pool of diverse skill sets, experience, and positive working culture.

We have a solid reputation of being trustworthy in business and I guess that’s what makes our country a favorite outsourcing destination for many nationalities.

Ukraine is a Preferred Outsourcing Destination of Global Companies

Throughout the years, Ukraine has attracted global firms like Samsung and Boeing as the ideal hub for R&D activities. Regardless of size, companies across the world have found Ukraine’s thriving IT ecosystem a strategic platform to expand their businesses.

There’s no question of Ukraine’s standing as one of the leading outsourcing destinations in the world. Outsourcing Journal named Ukraine as the top outsourcing market in Eastern Europe. The IT sector contributed to 4% of Ukraine’s GDP in 2020, which means IT companies in Ukraine play a big role in the country's economy..

Ukraine has continued to attract global companies in need of professional IT expertise. Among Uptech’s well-known cases are.

Ukraine is a Flourishing Startup Scene

A great number of highly qualified developers, the best value/cost ratio, and innovative approach to development really make Ukraine one of the best IT outsourcing markets in Eastern Europe. And, of course, seeded a flourishing startup scene in Ukraine.

In 2021 a record $571 million was invested in Ukrainian or Ukrainian-founded tech companies. We produced several unicorn startups valued at more than $1 billion, including GitLab and Grammarly. World-known products such as CleanMyMac, PetCube, Reface, Alset were created in Ukraine by Ukrainian developers. Uptech's internal product for performance management – Plai, is used by more than 5,000 organizations worldwide. And many more cool products are just ahead.

IT outsourcing in Ukraine - How Does It Work?

Ukraine not only established itself as the preferred IT outsourcing destination in Central Eastern Europe but does so by offering flexible collaboration options to clients. IT companies in Ukraine tend to work with clients on a few collaboration models.

You can hire Ukrainian IT developers in 2 ways.

Regardless of the collaboration model, you’ll be assured of professionalism throughout the project. Ukrainian developers are adept in software development best practices, including working in Agile sprints that lead to better deliverables and user satisfaction.

We’ve described IT Outsourcing in detail in our previous article. Check it out.

If you’ve never hired Ukrainian developers, it’s natural to be skeptical about how affordable it is. The truth is, the outsourcing rates in Ukraine are very competitive compared to other countries in the region. It costs an average of $45 per hour to hire an IT developer in Ukraine.

Comparatively, it would cost you twice or more if you’re outsourcing to developed Western countries like the US or UK. Despite the low outsourcing rate, you’ll be working with some of the best IT talents in the world.

Why Uptech Is The Best Outsourcing Partner In Ukraine

It's been 6 years since Uptech started to help companies from different parts of the world develop cool products. Over that time, we've worked with clients from 12 countries and 5 timezones. Last year, we delivered 16 products and grew our team to 70 awesome professionals.

We started as a Product Development studio with a focus on early-stage startups mostly. And now, we extended our product development, tech, and design expertise to that level that we're ready to collaborate with big and established companies.

I’ve mentioned some notable apps that we’ve built like Yaza and Nomad, which we’ve built to our client’s satisfaction. You can check more of our cases here, and if you’d love to know more about the services we offer, follow this link.

Besides being a great IT partner, Uptech has the honor of bagging prestigious awards like the Top App Developer and The Best Software Dev Partner in Ukraine.

Whether you need a mobile developer or expertise in backend development, our team has it all. We are a team of skilled IT experts specializing in various software disciplines. At the same time, we also understand the business part of the project and ensure your product fits the target audience.

Time and again, we continue to surprise our clients by exceeding their expectations on the delivery timeline and product quality. We understand that your success greatly reflects on our capability.

Companies of all sizes have chosen Ukraine as their preferred IT outsourcing destination. Whether it’s cost, expertise, or convenience, there’s no doubt that Ukraine is the most strategic choice.

Uptech is the trusted IT outsourcing partner of many global clients. We’re ready to turn your ideas into successful apps. 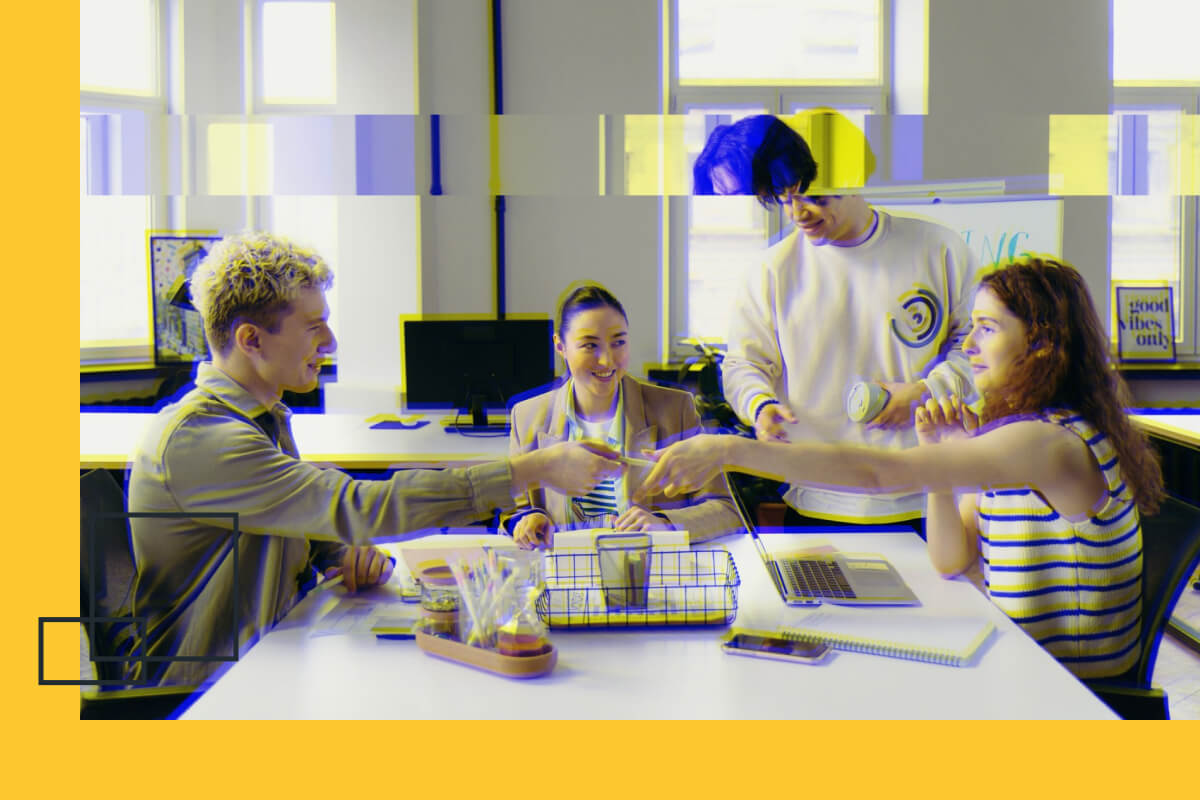 How to Choose the Software Development Team Structure? 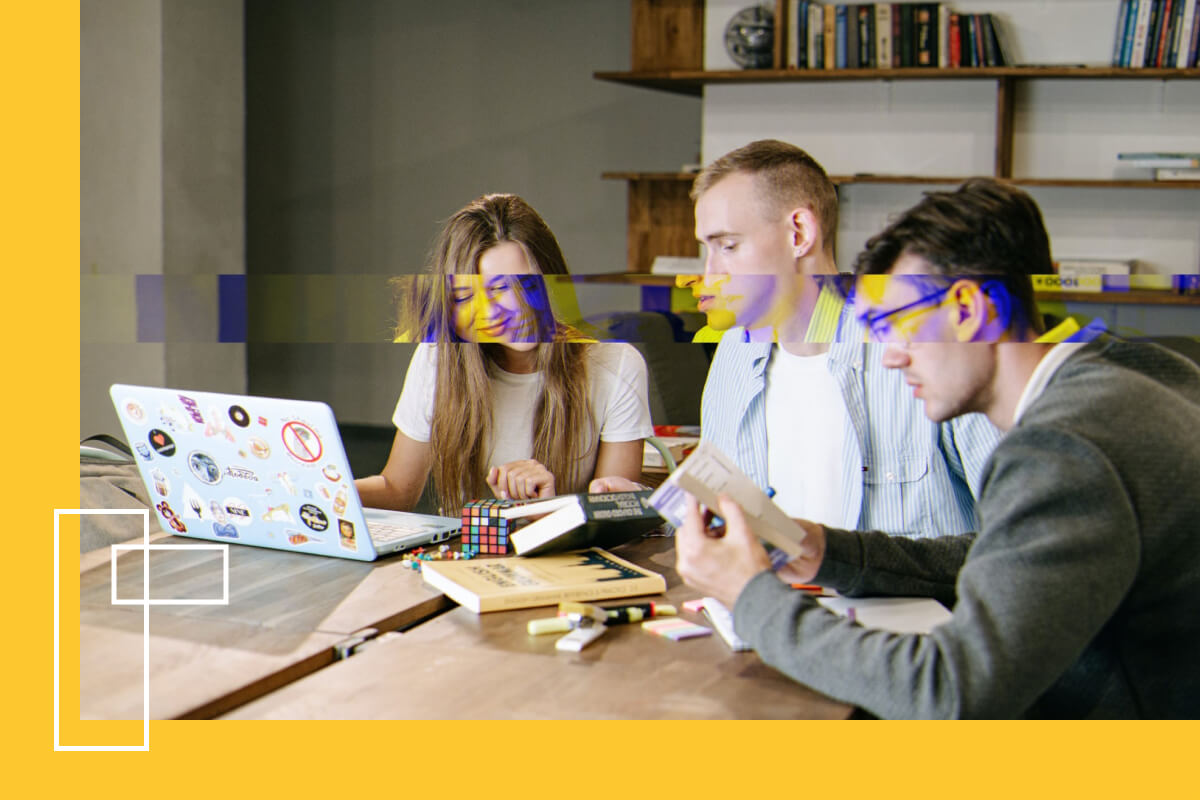 Nearshore vs Offshore Outsourcing: Which Is The Better Choice? 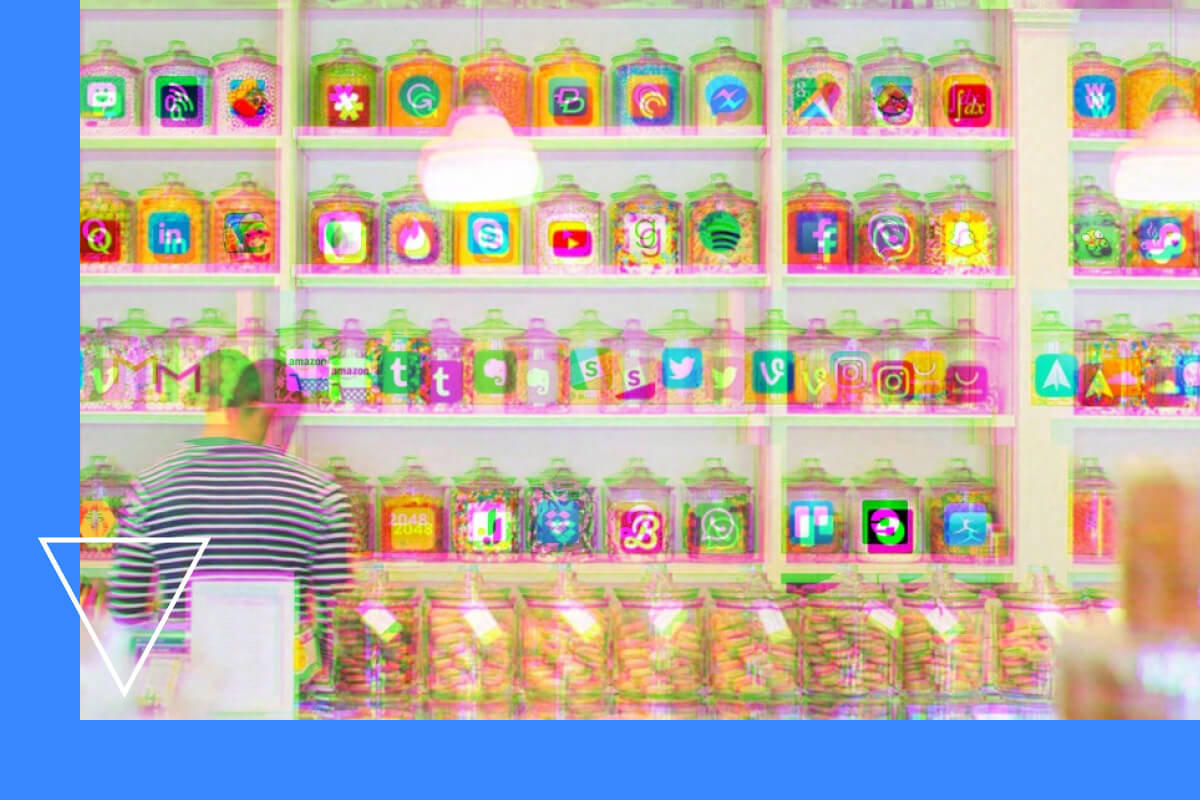 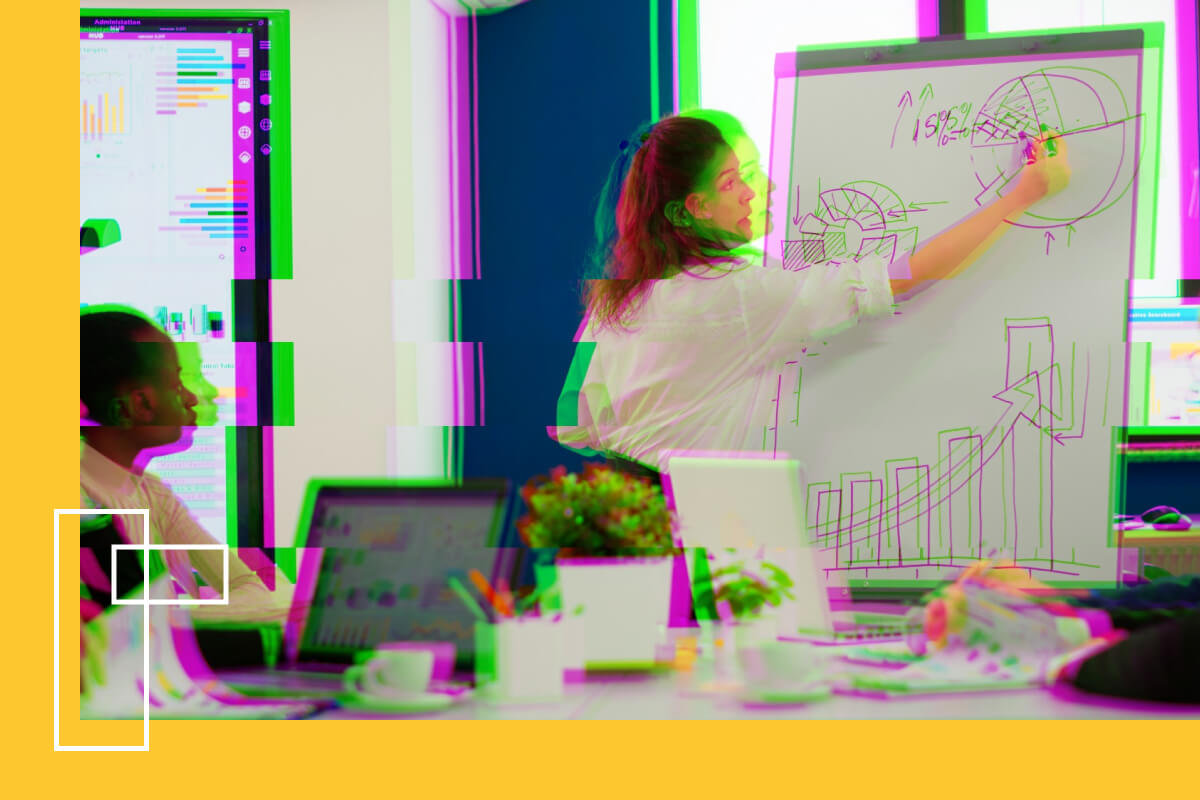