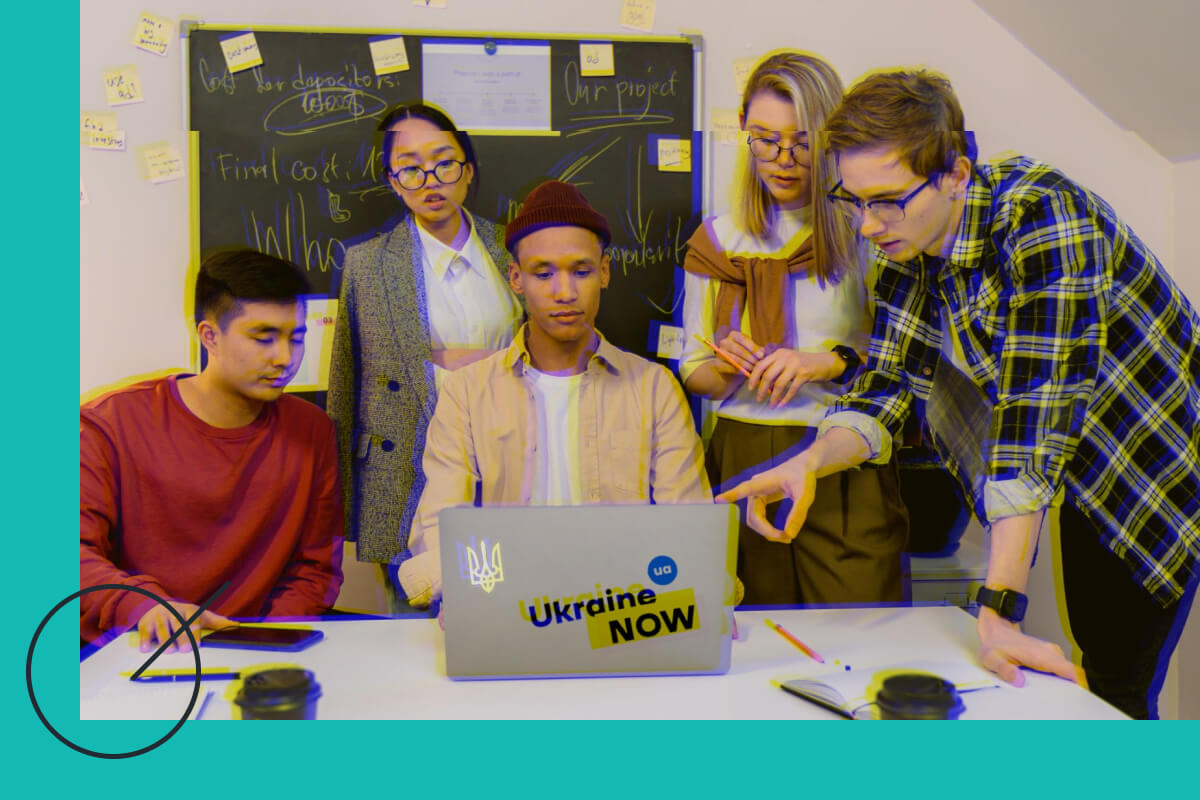 Talent scarcity and rising costs are the main obstacles that derail the dreams of many startup founders. This is particularly true if you want to build an app and lack the know-how to do so. According to a Korn Ferry report, talent crunch is an $8.5 billion problem that could leave six million unfulfilled positions, including the IT industry. As such, you might want to hire software developers in Ukraine to keep your entrepreneurial dream alive.

Why hire software developers in Ukraine?

In recent years, global tech companies have turned their eyes to Ukraine for its robust IT environment and skilled software experts. Tech giants like Samsung, Amazon, and Google have set up R&D bases in Ukraine. This signifies the recognition of Ukraine as a leading IT nation in Eastern Europe.

According to the BBC, the IT industry in Ukraine grew by 20.4% in 2020. Ukraine's rise as an IT powerhouse isn't only marked by renowned tech companies and startups seeking to fill IT expertise through outsourcing. For example, we have helped US startups like Yaza, Aspiration, and Dollar Shave Club in their app development efforts.

If you're wondering why startups are flocking to Ukraine to get their apps built, here are some convincing reasons.

The risks of hiring software developers in Ukraine

While Ukrainian software developers are an attractive option, there are certain occasions when they might not be a perfect match.

What are the top skill sets of Ukrainian software developers?

The next question that you need to ask is whether Ukrainian developers have what it takes to build a functional and engaging app. You'll have the answer by identifying the top skills commanded by most developers in the country.

According to the IT Ukraine Association, most developers are proficient in JavaScript, Java, and Python. These are programming languages in popular demand and commonly used for app development. You'll also have a bright chance of finding developers who write in Node.js, PHP, C#, C++, Ruby, and Go.

App development, however, goes beyond writing in a specific programming language. Certain apps require technical expertise or specialization in a particular field. Thankfully, Ukrainian developers are well known for pursuing professional growth, which led to a large talent pool of diverse specialists.

For example, you have access to at least 71 IT firms specializing in big data in Ukraine, according to Clutch. Big data is essential when you want to derive actionable insights from a large amount of unstructured data. Also, many Ukrainian developers are well-experienced in artificial and machine learning (AI/ML). AI/ML is a trending technology, particularly in cloud solutions.

Ukrainian IT experts are not only involved in software, web, or app development. Some of them are adept at writing firmware for embedded systems. Such expertise comes in handy when you're searching for a developer to work on IoT on Industrial 4.0 applications.

More than half of Ukrainian developers are based in Kyiv, Lviv, and Kharkiv. If you want to outsource your IT needs, these cities are the best place to start.

Kyiv spearheaded the IT outsourcing revolution in Ukraine. This modern city is not only rich in Eastern European culture but also home to more than 71,000 software experts. Global corporations, including the likes of Huawei, Samsung, and Ericsson, have set up R&D hubs in Kyiv.

With a robust IT ecosystem and a strong workforce, Kyiv has drawn the attention of many startups in search of IT partners. Uptech is one of the many app development companies in Kyiv that fulfill international IT outsourcing needs.

As the largest Western Ukrainian city, Lviv is a residence for over 800,000 Ukrainians. It also boasts a strong 20,000+ workforce in the software development industry. Most of these IT professionals work for IT outsourcing companies, making Lviv an ideal city to establish a partnership with a software development firm.

Kharkiv is a bustling industrialized city that supports electronics and machinery businesses of all sizes. Its population has grown to more than 1.5 million throughout the years, and more than 25,000 of them work in the IT industry. The city is no stranger to US clients, as more than 450 software companies serve American startups and enterprises.

How much does it cost to hire software developers in Ukraine?

By now, you ought to be wondering how much you'll save by outsourcing app development to Ukraine. Generally, Ukraine has a lower cost of living than developed Western countries. Furthermore, there is an abundance of IT talent for you to choose from.

Depending on experience and skills, Ukrainian developers charge between $35 to $55 per hour. As a comparison, it costs between $100 to $180 per hour to hire a software developer in the US. Developers in Western European countries charge up to $100 per hour for their service.

While it's more cost-effective to hire Ukrainian developers, you need to be aware that the total sum of the project depends on several factors. Obviously, the complexity of the app might affect the billing. If the project involves different versions of mobile apps, a fancy graphical interface, and a complex backend, it consumes more resources and incurs higher costs.

How to find software developers in Ukraine

Follow these steps to find the ideal Ukrainian developer.

Check out independent review platforms like Clutch for a list of software development companies in Ukraine. You can find out the company size, price range, and services rendered from the information.

Do your due diligence by reviewing the testimonials left by past clients. Doing so gives you a good idea of how reliable a particular software company is.

Find out what the software developer is capable of regarding technical skills and business proficiency. A good development company not only has the necessary skillset and technologies but also can align them with your business goals.

Ideally, you'll want to work with a software development company with similar project experience. It helps them to avoid common pitfalls when working on your app. Read through the past projects that they have undertaken and look for commonality.

You're about to enter a long-term collaboration with an external development company, and having shared values help. Find out what matters to the developers and whether they align with your culture and values.

Communication is key to a striving collaboration, and sharing the same language is only part of the equation. The developers provide proper communication channels, have a routine of delivering progress reports, and are open to feedback.

Building a good rapport with the sales personnel is not enough. You need to know the people writing codes, testing, and breathing life into your idea. Take the opportunity to talk with the development team, particularly the project manager.

We understand that price is a powerful motivator to choose a software company over others. However, you'll need to consider the overall value a particular company brings to the table. For example, how responsive is the support team, and have they undertaken a similar project before?

How Uptech connects you to the right developers

Uptech has built a stellar reputation as a software development company in Ukraine. Our user-centric approach has helped various startups build apps that resonate with their users throughout the years. We take appropriate steps to understand our clients' requirements and rigorously test them with user feedback when building the apps.

For example, we helped Dollar Shave Club, a US-based company in the men grooming niche, introduce new features into its Android app. Our client is pleased with our effort, particularly finding solutions that meet their needs. The app bag the Best Shopping App by Webby Awards in 2017.

We also undertook a similar but more rigorous challenge from Aspiration, a US startup. Aspiration is a modern financial app that allows users to contribute to charitable causes when performing transactions. Our team stood up to the task by delivering functional iOS and Android apps to the client with our proven app development practices.

It's often a wise choice to hire software developers from Ukraine. You stand to gain from the cheaper rate, high quality, and vast talent pool of software professionals in the country. More importantly, a credible software development company will help you launch your app according to the timeline and make subsequent improvements. 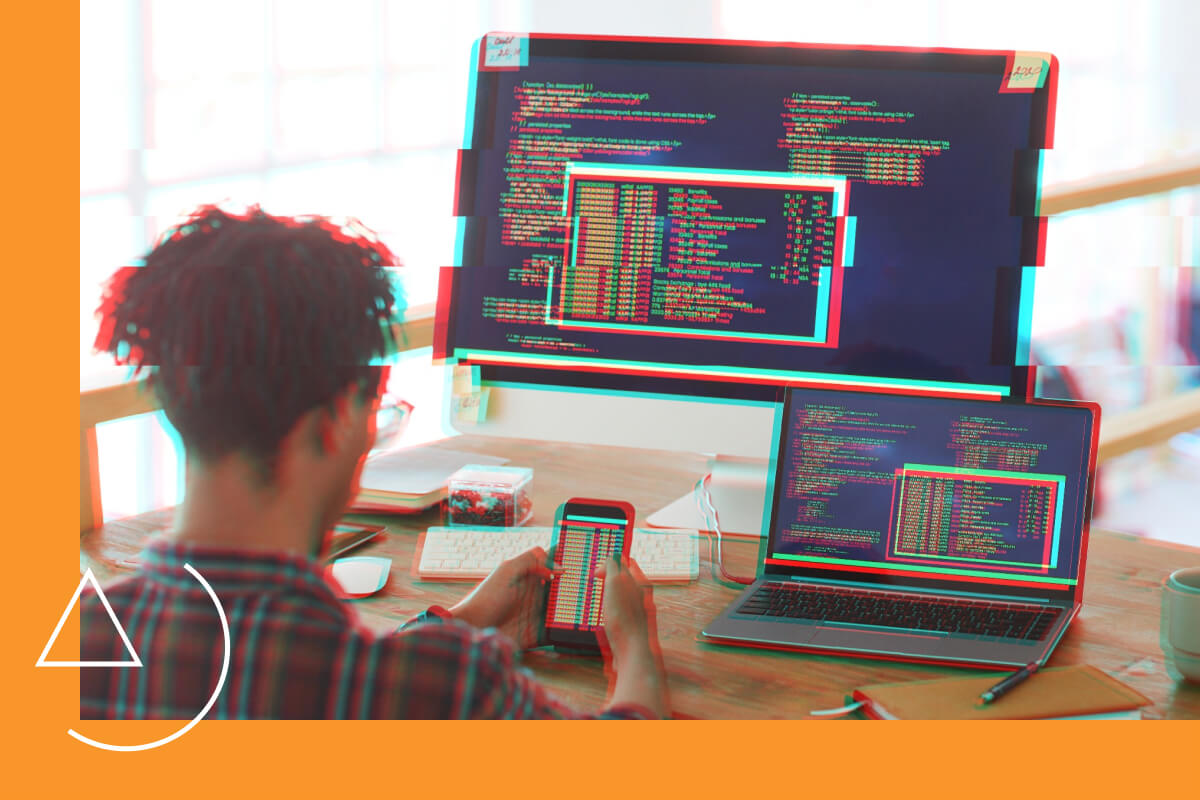 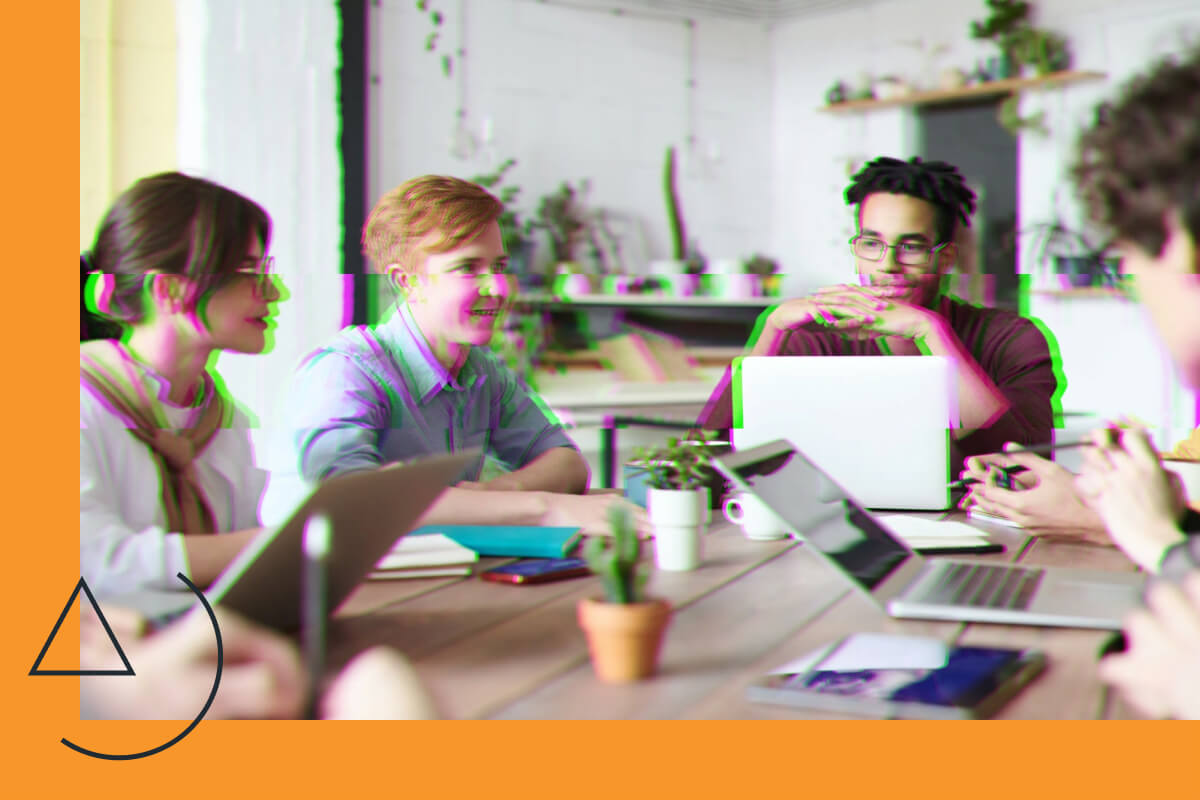 Outsourced Software Product Development - Why Startups Are Loving It 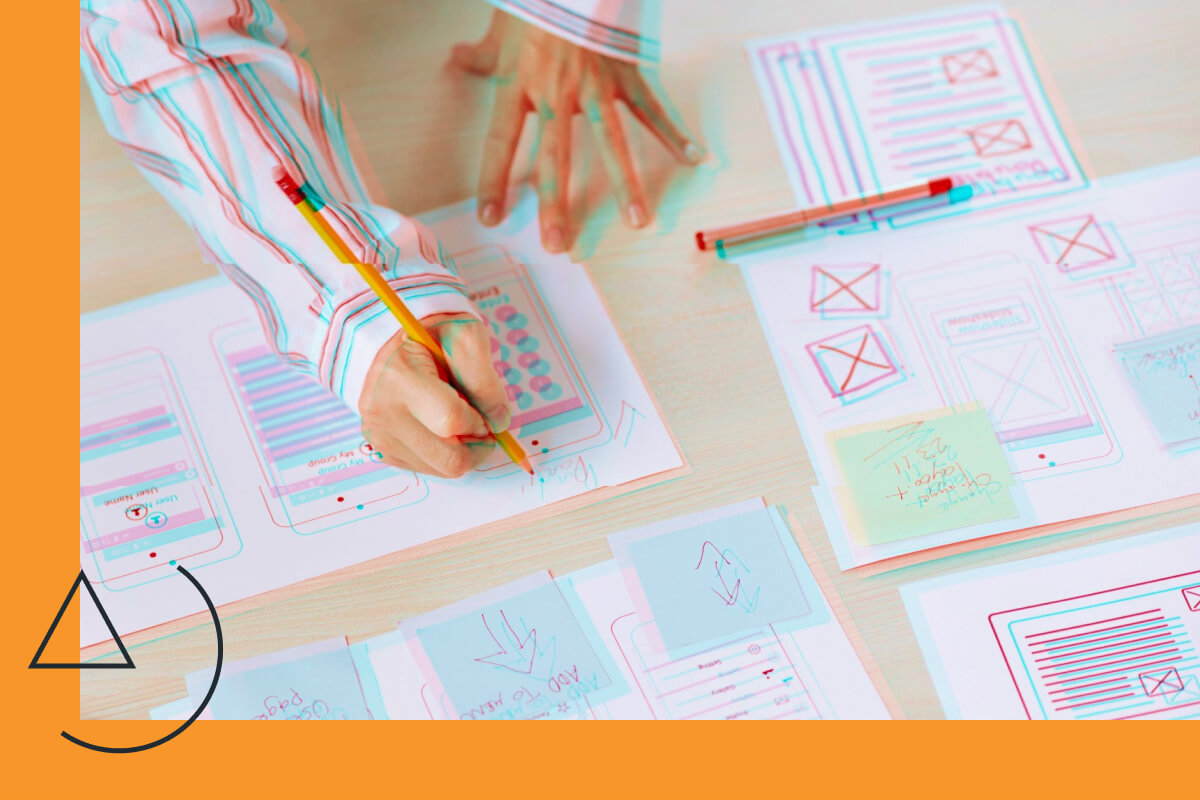 How Long Does It Take to Make an App? 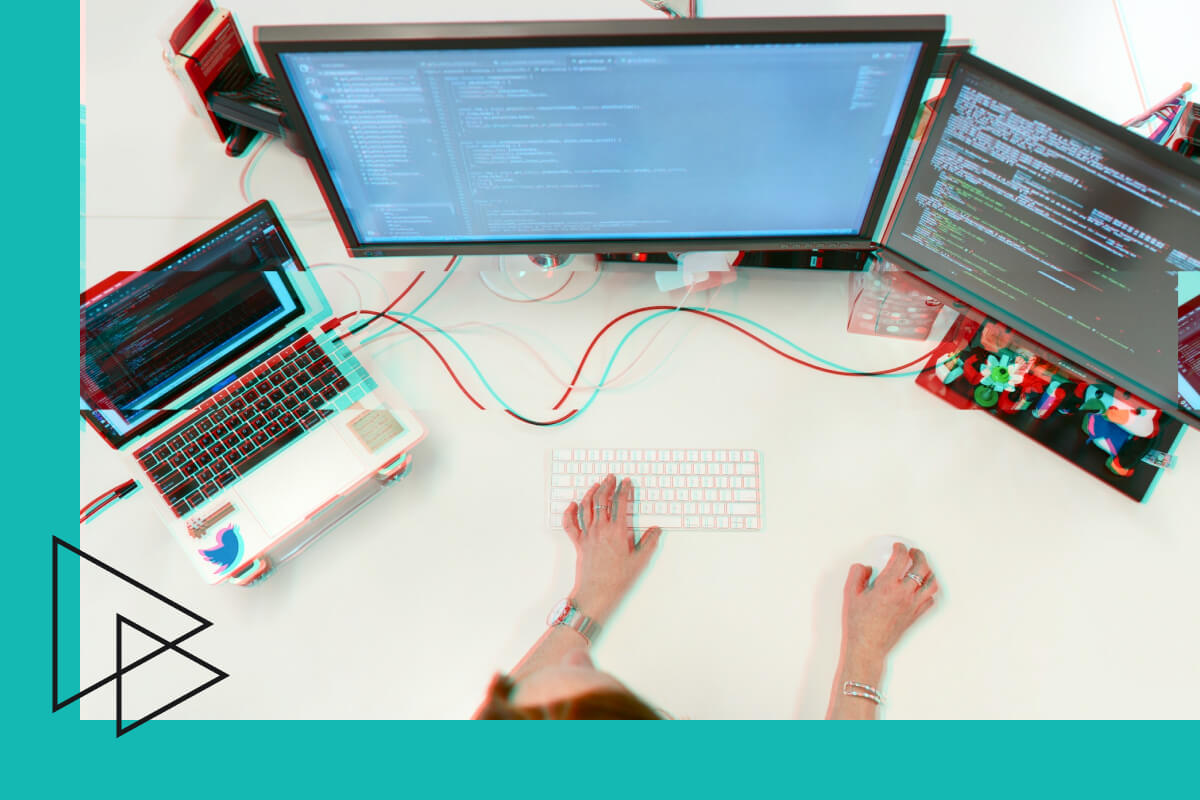